I’ve been playing quite a variety of Kill Teams and when a local player decided he wanted to sell some (unpainted) Orks, I didn’t hesitate. He was selling Flash Gitz and Grotz mostly. This was before the Elites expansion was released, so I had no idea really what to expect from these piratical Orks.

This is a fun list that can do well in certain missions, but it lacks depth and certainly doesn’t promote melee combat, which is something Orks traditional do!

So? How do I try to use this list? I use the Grotz to run for objectives and to charge models that might cause trouble for me, keeping them hidden where possible. The Ammo Runt hangs out near the Orks with da big gunz to offer his reroll.

I try to kick off the shooting with the Heavy with the Squig Finder, often putting the Comms bonus onto him. This gives him +2 on shooting, so even against a long range/cover target he’s hitting on 4s. Being Heavy means he won’t suffer a penalty for moving, but I prefer to have him Readied where possible. Sometimes I’ll use the Heavy 1CP tactic to add another shot to the Snazz Gun. This give him four shots, hitting on at least 4s. If I use Dakka, Dakka, Dakka then he has another fours shots. It’s CP intensive, but I’ll usually get a kill or two with him (rolling 2 dice for Injury rolls is sweet). A kill from him will give other Freebooterz a +1 shooting bonus.

From there I just shoot strategically, trying to take out the things that will either score VPs (i.e. models on objectives) or those that might one shot a Flash Git.

Don’t forget that these guys aren’t bad in melee, so sometimes charging an enemy isn’t a bad option. Sometimes the Orks need to move up into position if the Grotz can’t get it done!

What are the weaknesses? There are a few. First, be careful of breaking. The Grotz can be a liability. After seven flesh wounded/taken out models you’ll be taking break tests. Also, a flesh wounded Grot is almost guaranteed to become shaken if you have another couple of models out!

The large based (40mm) Flash Gitz also clog things up in Arena play. That and the limited lines of sight mean they are a less than ideal choice for that format. Flash Gitz hit like Orks, but they don’t have AP reducing options, so melee should be a last resort or against opponents with t-shirt saves.

Harkevich, what is he good for? 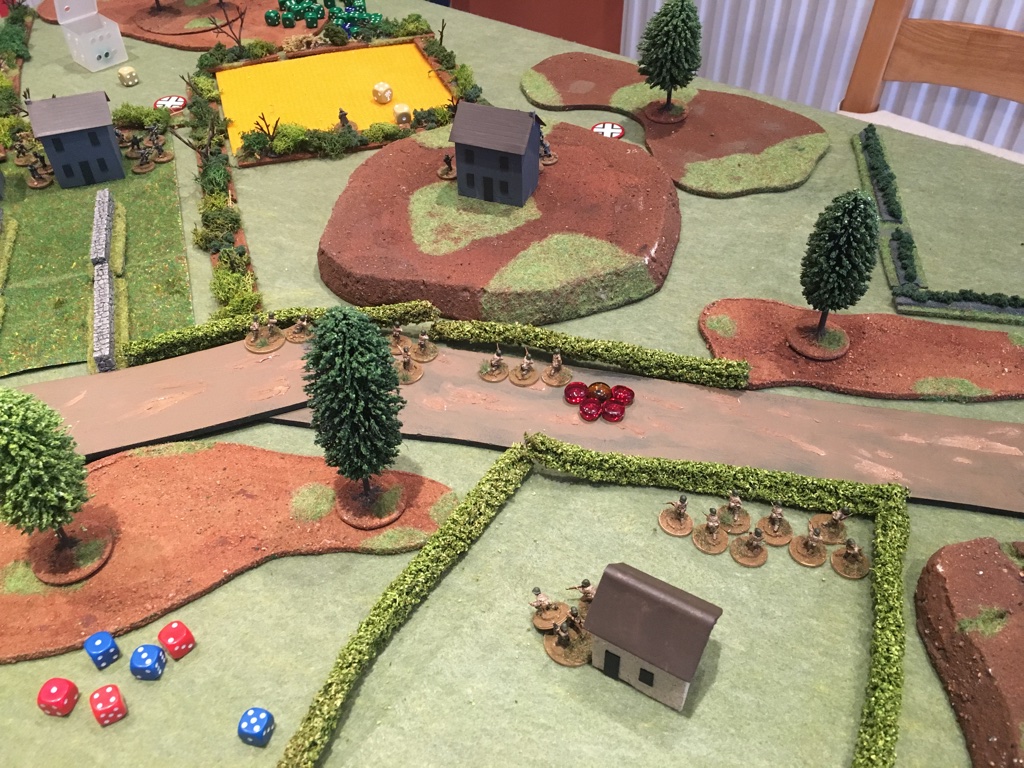 15mm US Riflemen for Chain of Command (Video)