Visiting Hamburg presented a golden opportunity to get a few games of Warhammer 40,000 played. We’ve been playing on VASSAL, but it often takes two nights to get a game completed. It’s fun and the fidelity is good, but a face-to-face game is more efficient, certainly given the number of models involved in 40k.

Syrlene has been a battle ground for us for a number of years now, so it was a no brainer to continue our campaign. I brought both armies as I have both Genestealer Cults and Blood Angels. My plan to get the GSC bikers completed didn’t materialise, but I did at least get a Nexus finished.

Naldexus started. He sat within the transport, its drone apparent even through his auto-senses. Many of his battle brothers slept. The battle had ground them down, worn them out. His sleep was always filled with dreams, mostly non-sensical images swirling together, but occasionally truth shone through. Truth was what filled his mind now as he closed his eyes again to see those dreamed images again. The enemy psyker was at the centre of everything. The starvation that would come; the heresy of a false prophet. Naldexus knew in that moment what he must do. He steeled himself to his fate.

Black Library haven’t called on my services yet… strange that! Anyway, we used the Open War deck for all of the games and it gave use three different and interesting games.

Here’s the campaign map before we kicked off the games:

Game 1 was in the west at Secundarius Hive and here’s the Open War card draw:

Based on the fiction I wanted to see if Naldexus could take down the enemy Psyker… let’s see how that went! Kingslayer was also the perfect draw as B’athlem led the opposing army. Here’s a terrible comic that tries to tell the tale (it’s a format I’ve started experimenting with. I need to take more photos for it to really work).

Kinda goofy… right. I’ll keep trying. Maybe I’ll get better! Anyway, here are all of the photos from that game:

So, in Game  1 The Inheritors were pushed back to the refinery from the Secundarius Hive. Both Naldexus and B’athlem fell in combat. We still had a second battle to resolved before playing the next campaign turn. More on that later. 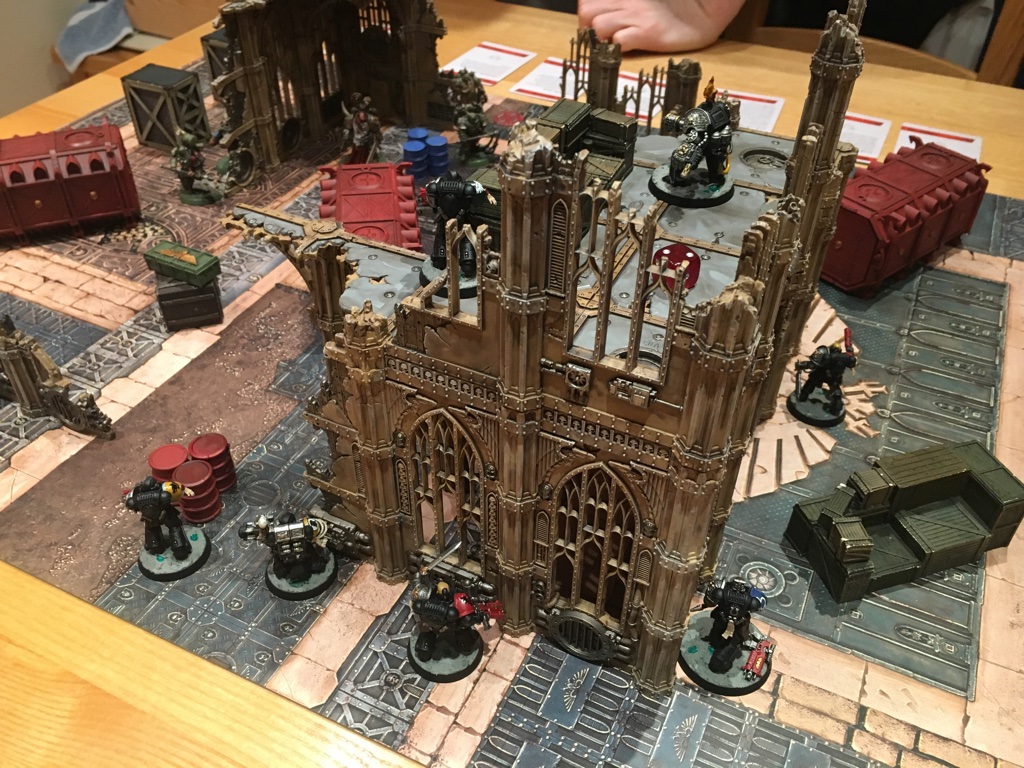