I got my first two Blasted Heath league games under my belt tonight. Harry came out to the house to pit his Skorne against my Cryx. I decided I’d give Cryx a go in the league as they are my third faction (behind Khador and Legion) and they haven’t received a whole lot of attention since I painted them up last year. It was tempting to run with the new shiny that are my Privateers, but that would have relegated Cryx to my fourth faction for sure!

Harry and I played two games this evening (over a couple of beers) – a 20pt game and a 35pt game. I decided to use Goreshade in the first game. He was accompanied by Deathjack, a Slayer, six Mechanithralls and six Bane Thralls. I’m not going to give a blow by blow other than to say I played a very cagey game and seeing Deathjack trample a complete unit of Swordsmen and later charge eMakeda (and crush) was a beautiful thing (photographed right).

Game two went well too. This time I used pAsphyxious supported by a couple of Arc Nodes, Deathjack, Bane Lord Tartarus, Bane Thralls, Bane Knights, Mechanithralls and a Skarlock. I had the opportunity about half way through the game to attempt an assassination by arcing Hellfire onto a furyless eMakeda. I hit her and did 10 damage. Asphyxious feated for 7 more focus and I rolled a boosted attempt to hit again. I didn’t get the 8 required! eMakeda survived another turn or two, but after Deathjack took out a Titan and the Mechanithralls reduced a Rhinodon to one wound the writing was on the wall for her.

Both games were great fun and Harry’s an excellent opponent. It’s a good start to the league for me and my attempts to get to know Cryx better. I hope I’m not relying on Deathjack too much, though. He’s fantastic, but at 12 points he’s pricey. Anyway, hopefully I can continue the winning trend tomorrow evening. 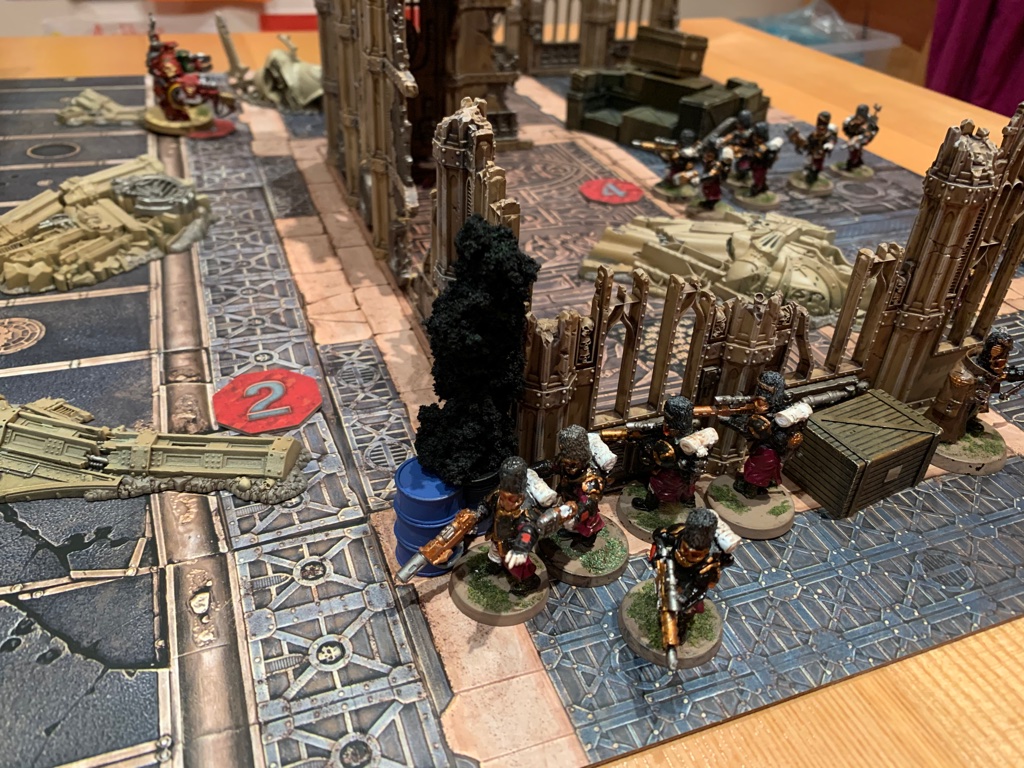