“Ooo duz dis blind bitch tink she iz”, Orphelia thought as she gazed across the deserted township. This had always been a great place to hide munitions and with Guild forces creeping up both flanks and Lady Justice boldly moving up the centre the stash was being threatened. Orphelia blasted out a wolf whistle that attracted the attention of all kin. “Tu, tu ‘n tu, over der”, she pointed, barked orders and the gremlins fell into line. She was proud of the Lacroix family – they wore their oversized hats proudly and totted equally oversized guns. Rami and Raphael moved to her side while Pere Ravagé and Francois began to skulk up the middle. The Young Lacroix were always hard to control, but they were sticking close to their elders for the moment.

Suddenly bullets began to fly – Rami had taken the opportunity to fire off a volley at the hunter opposite while a Young Lacroix blasted at the hulking figure with razor hands. The young one perished to the uncontrollable shot, but seemed to inflict significant damage to its target. From the middle the sound of two explosions could be heard – Pere Ravagé was up to his usual tricks, probably killing as many gremlins as humans! Razor hands launched himself at them, but just as he reached herself and Rami Raphael began to shoot. He managed to miss twice, but the third shot was a beauty and dropped the hulk. Seeing this the hunter fled to cower behind a wall.

Throwing an eye back to the middle Orphelia saw ‘de blind bitch’ running through the smoke towards the unsighted Francois. “MERDE!”, Orphelia yelled as Lady Justice struck him down with a single blow without even breaking stride. Rami shot at the hunter again, who thought he was safe behind the fence. “Dis needs to end. We’ll guard the main stash”, she yelled to Rami and Raphael. “Tu”, pointing at the Slop Hauler, “check de petit stash en dat maison”, she pointed towards a derelict house. As she moved towards the main stash she spotted a Witchling Stalker lurking behind some rocks. She wasn’t sure what such creatures could do. A well placed shot meant she didn’t need to find out! After being out of sight for less than a minute Lady Justice reappeared and ran straight towards Orphelia. She swung with her greatsword, but narrowly missed. Again she didn’t break stride; she ran straight past Orphelia and right out of the township. Orphelia glanced at her remaining kin and shrugged, a little unsure quite what had happened. At least all of their weapons and ammo was safe.

I managed to plant two pieces of evidence with Lady Justice and the Witchling Stalker, but with my left flank collapsing it wasn’t going to get too many more VPs. With the Slop Hauler ‘staking a claim’ on his target building on my half of the board the only real option I had was to try for a draw by denying Peter the Claim Jump. Unfortunately, I was just a little too far away and could only walk, walk, melee expert on my final activation. I narrowly missed and Peter claimed the strategy VPs. It ended 6-2 to him. It was a great game – my strategy forced me to move forward, as did his, but I would have preferred to sit back a little and take some shots. Choosing Frame for Murder as a scheme was a mistake as was spreading my force out so thinly. The gremlins had numerical superiority anyway, but this was definitely aided by my poor deployment. The gremlins are great fun to play against – I look forward to facing them again. 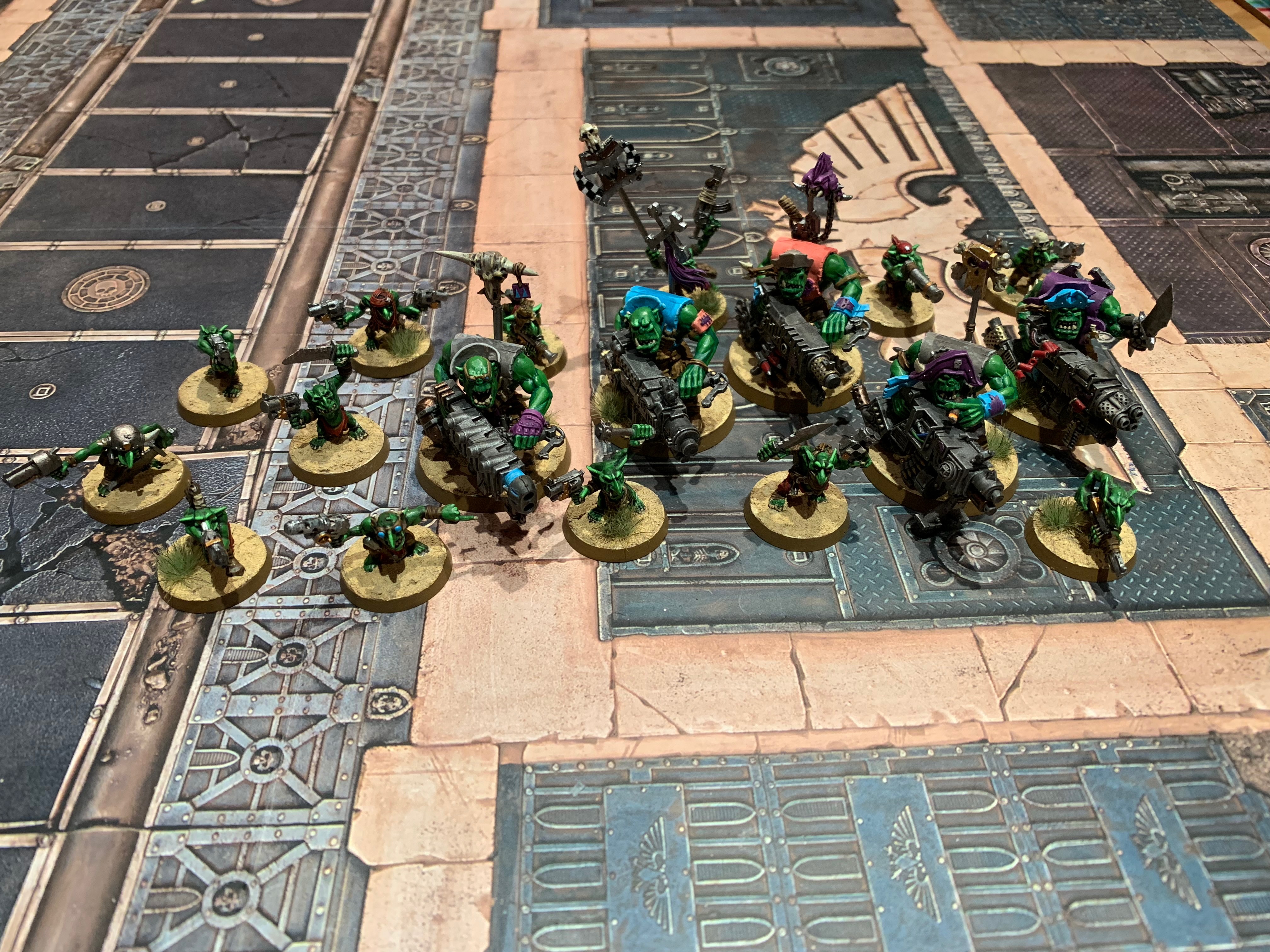 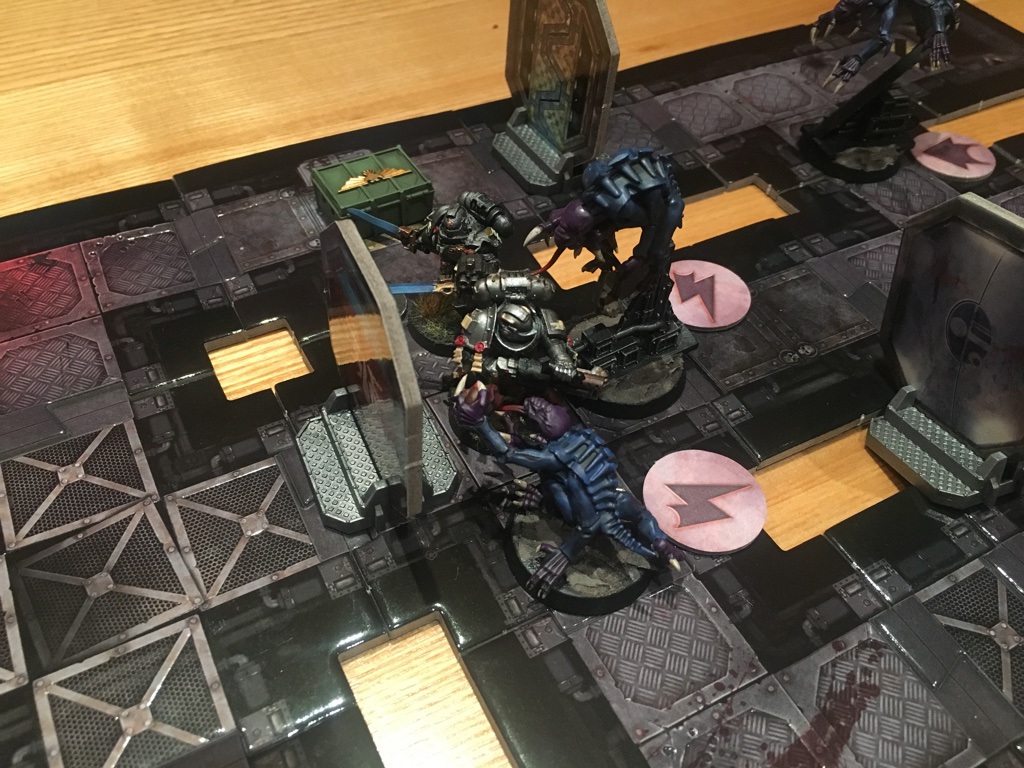