On the 12th June 1944 (D-Day +6) the 101st Airborne took Carentan, a crucial objective that provided a linkup between Utah and Omaha beaches. They encountered only light resistance with the majority of the 6th Fallschirmjager Regiment having withdrawn due to a shortage of ammunition. This two-battle campaign describes the events of the following day, when the 501st, 502nd and 506th PIR encountered the German counter attacking force consisting of paratroopers and the 17th SS Panzergrenadier Division to the southwest of the city.

On the 12th June 1944 (D-Day +6) the 101st Airborne took Carentan, a crucial objective that provided a linkup between Utah and Omaha beaches. They encountered only light resistance with the majority of the 6th Fallschirmjager Regiment having withdrawn due to a shortage of ammunition. This two-battle campaign describes the events of the following day, when the 501st, 502nd and 506th PIR encountered the German counter attacking force consisting of paratroopers and the 17th SS Panzergrenadier Division to the southwest of the city.

BACKGROUND
The loss of Carentan on the 12th June was a heavy blow to the German chances of repelling the the Allied forces as it provided a vital link between two of the main invasion beaches. On the 13th June the resupplied 6th Fallschirmjager Regiment linked up with elements of the 17th SS Panzerdivision, including some Panzer IV H tanks in order to retake the town. At the same time the paratroopers of the 101st Airborne were in entrenched positions to the southwest of Carentan, having extended their defensive perimeter around the town while they awaited support from the 2nd Armoured Division. At dawn on the 13th the German forces were ready to counterattack and moved from the southwest.

CAMPAIGN
This two game campaign represents the events of the 13th June, with the first battle representing the overwhelming German forces clashing with Dog and Fox companies from the 501st PIR and the second game representing their advance towards Carentan being resisted by Easy company. The Germans are attempting to breakthrough the dug in paratroopers to retake Carentan and the Allies are attempting to repel this assault and hold the town. Game 1 is a Fighting Withdrawal (P.205) with some modifications. The outcome of this battle premium exhibition, determines how prepared the Americans are to fight the German advance in Game 2.

Game 1 is a Fighting Withdrawal (P.205), but uses the map from Hold The Line (P.204). This represents the German advances being hemmed in by bocage hedges (players may use the Boacage Special Rules in both games) and the fact that they were using Route d’Auvers (shown in this Satellite Image) for their advance. There are a couple of minor changes to the scenario. The Defensive Battle special rule is not used as the Germans are always the attackers; The Ambush and Prepared Position special rules is not used as the German forces caught the defenders off balance, having just left their overnight entrenched positions in order to push out the defensive perimeter. Otherwise the battle is fought as described in the Flames of War rulebook. In brief, this means the defending American force must place three objectives and incrementally withdraw their forces and remove objectives. While doing so they must not allow the objectives to fall to the attacking German forces. Effectively an American win would hinder and slow the German advance, giving time for Easy Company to bolster their defensive positions. A German win would leave Easy unprepared and in real danger of being overrun.

Two key aspects of Game 2 are determined by the outcome of game 1: the timing of the Reserves and the American’s capability to mount an anti-armour Ambuscade. Game 2 is a Hold the Line battle as described on P.204 of the rulebook. Again the Defensive Battle special rule is not used, with the German forces being the attacking force. If the Americans lost the first game the Reserves special rule become the Delayed Reserves special rule. If the Germans lost the first game the American player may detach up to three bazooka teams from any platoons and form them into a new platoon (that does not count in any way towards the total number of platoons or the number of platoons destroyed). This new platoon may be deployed using the Ambuscade special rule. Regardless of the winner of game 1, the American player must hold all tank platoons in reserve.

The overall outcome of the campaign is determined by the outcome of game 2, i.e. an American win in this game results in them winning the campaign whether they won game 1 or not.

For game one we set out a 4′ x 6′ board with Route d’Auvers running lengthwise surrounded by hedgerows and fields (see Photo 1, right). The American forces had hastily chosen positions and whilst ready for the German attack had not the time to properly prepare their positions or organise ambushes. The Germans would enter from one end and attempt to seize key objectives and disrupt the American withdrawal. Recognising that they had little chance of defeating the German armour unsupported the Screaming Eagles would have to try to delay them so that their own tanks would have a chance to engage (in Game 2). This game was set at about 1250pts with Paul playing an armour supported German Fallschirmjager force and me playing American paratroopers.

The German force consisted of –

At first glance it is not a very mobile force, but considering the bocage terrain, where tanks can easily bog down, the infantry have an advantage. The MG and Mortar platoons can concentrate on keeping the American’s pinned down while the Fallschirmjager and Panzergrenadier platoons advance under their fire. If the tanks can advance freely they have the potential to rout the American force all by themselves!

My paratrooper force consisted of –

The Germans deployed towards the southern end of the road with this view (Photo 2, left). The MG Platoon was positioned between the two hills (see Photo 1, above), but otherwise Paul concentrated the bulk of his force behind the tanks on the road. It looked like Paul’s plan would be to storm up the road with the tanks shielding the troops behind.

The Americans were more spread out, with the PIR platoons positioned ahead of the rest of their force. One was in a wheat field and the other was close to the road hidden in hedgerows.

Just behind and between them in a well protected field was the MG platoon. These were in turn backed up by the mortars who were in a strong defensive position behind a stone wall. The man packed 75mm howitzer artillery was at the back of the field with their observer holed up with the PIR platoon in the wheat field. The Company HQ and their bazooka teams joined the platoon near the road (See Photo 3, right; Note: the Germans in the top left of the shot had not deployed yet). The three objectives they were defending may be seen near the rightmost field in this photo. All the Americans could do now was hunker down and wait for the distinctive sound of the enemy Panzers.

The Panzers initially moved up the middle of the road with the remainder of the force following behind. The tanks advanced tentatively while the Fallschirmjager MG platoon moved up towards the long hedgerow in front of the hills (see Photo 4, left). The Paratroopers holed up in the nearby field immediately stormed forwards to defend the hedgerow in an attempt to slow the advancing MG platoon and act as a diversion to the tanks. Their gambit was successful as the German MG platoon halted and opened fire which proved mostly ineffective due to the cover offered by the hedge. The Panzers indeed swung off the road towards these paratroopers and opened fire with their MGs wiping out three teams. The bazooka team returned fire ineffectively and then Americans managed to withdraw in good order, their feint having been successful.

On the German right flank the Panzergrenadiers moved up towards the large concentration of paratroopers concealed behind the hedges near the road. They advanced under American fire that caused few losses and they sized the opportunity to assault the hedgerow. The American defensive fire was poor and the Panzergrenadiers pushed the defenders back from their position (see Photo 5, right). The Americans counter assaulted and almost eliminated the German platoon, but the bloody exchange caused both to fall back. With the Fallschirmjager infantry and mortar platoons marching up the road the Americans moved into a position closer to the objective. This American flank was looking decidedly weak.

Meanwhile the Panzers continued to advance slowly between the orchard and the wheat field. The artillery observer (who had remained in the wheat field when the platoon moved out) called in a strike from the 75mm howitzers onto the tanks. This rattled the crew of one tank who bailed out. They regained their nerve quickly and remounted their vehicle. The PIR MG Platoon in the next field soon saw the three Panzer IVs appear in front of them. They had been preparing to withdraw, but with two objectives threatened they decided to stay and the mortar platoon behind them withdrew instead. One of these objectives was also removed (the damaged Tiger in Photo 6, left) leaving one guarded by the MG platoon (behind this field) and one by the weakened PIR platoon and HQ.

Realising that the Americans were withdrawing rapidly the Fallschirmjager infantry and MG platoon advanced at the double up the road and came under intense fire from the 75mm howitzers. This barrage mauled and stunned the Germans, causing their advance to stall. The severely weakened American paratrooper platoon in front of them was ordered to withdraw leaving only the hughesairco.com Company HQ to hold the objective. The Germans did not regain their strength on this flank and the HQ and artillery were able to successfully withdraw and as the objective was removed.

On the German left flank two of the tanks faltered as they attempted to move into the field, but the MG platoon fell back rapidly none-the-less. They had nothing that could dent such formidable armour. As the German MG Platoon, who had now joined the Panzers, caught the Americans they managed to destroy two teams. The remaining teams, however, put up a valiant resistance. Their fight was hopeless, but it bought the time necessary to withdraw the nearby objective, thus denying the Germans vital intelligence.

AFTERMATH
The American paratroopers had barely succeeded in holding the Germans at bay. Their withdrawal was carried out under heavy pressure and only the Mortar platoon and artillery escaped unscathed. They managed to slow the German advance, but the cost was very high. Had the Panzers advanced more quickly they would have seized at least one of the objectives. It was the initial diversion to deal with the first PIR platoon and the fearless resistance of the MG platoon that gave the Americans time to withdraw. This delay in the German advance may prove costly if the American armour has been given the time to arrive. Game 2 should be interesting.

Standard disclaimer – I am not a historian and I do not claim that everything written in this article is factually accurate, although I strove to ensure that it is. The battle report is fictitious and does not represent the events of the 13th June 1944. 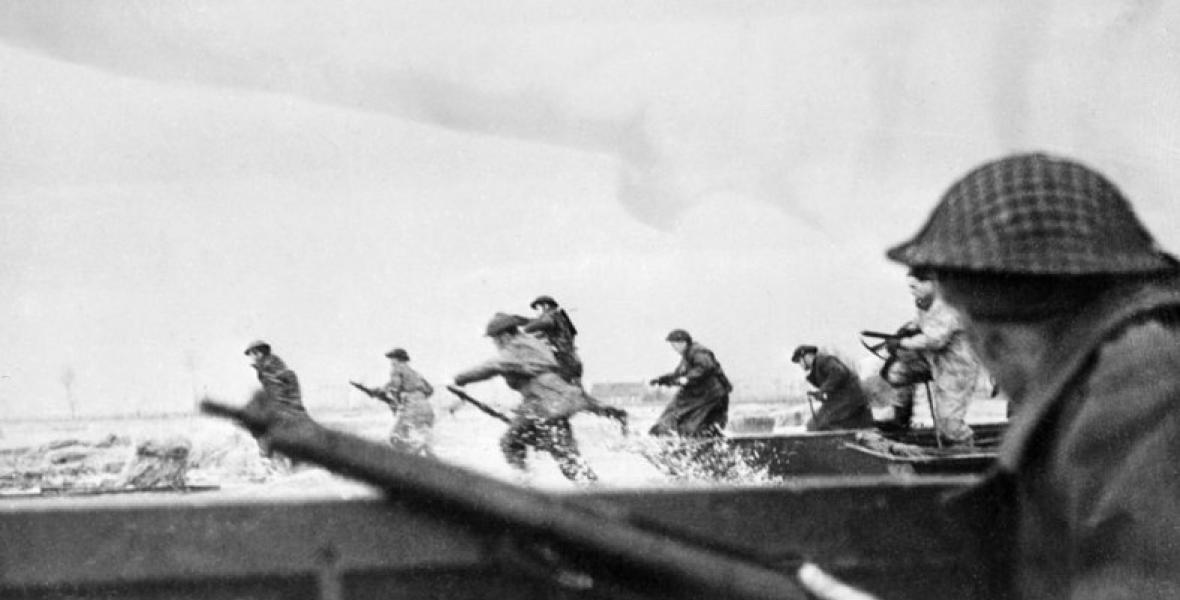 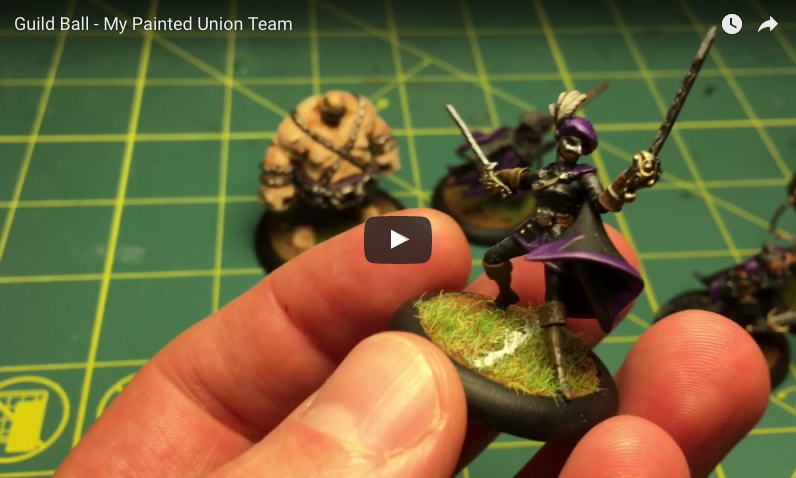 2 thoughts on “Flames of War – Battle of Bloody Gulch”